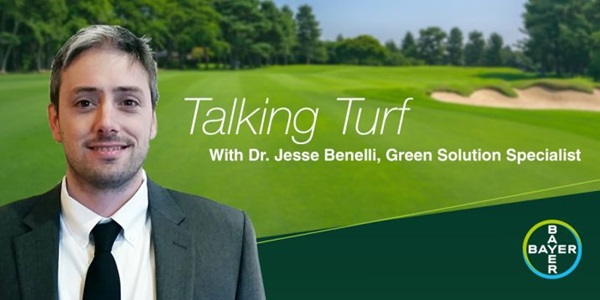 What we currently know about snow mould fungicide degradation

In optimal conditions, many snow mould fungicides can last for up to 90 days at high enough concentrations to be effective. That said, effective snow mould control can persist even longer by injuring the fungus enough to where it doesn’t have time to re-establish and cause disease symptoms. Snow mould breakthrough occurs when the concentration of fungicides begins to decay, and the fungus has enough time to rebound to a point where symptoms become evident. This occurs most commonly in areas that experience a long duration of continuous snow cover and suffered a fungicide degradation event. The main drivers of fungicide degradation are environmental. Warm temperatures (>10°C), rainfall, and snow melt are key contributors to fungicide decay. 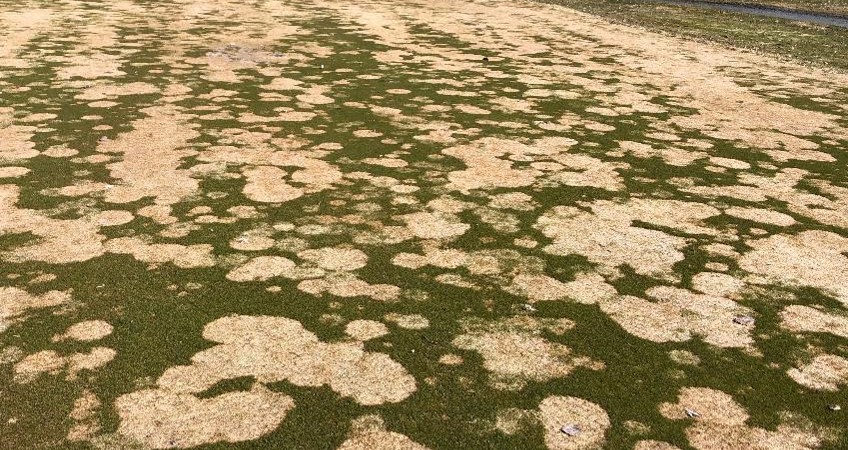 What to consider when making a reapplication decision

Dedicate™ Stressgard® is a new fungicide launched exclusively in Canada in 2020. This fungicide contains the leading DMI chemistry Tebuconazole premixed with the QoI fungicide Trifloxystrobin. This combination is blended with Stressgard Technology to deliver consistent and reliable results against snow mould fungi. The flexible label allows for multiple fall applications for snow mould control. 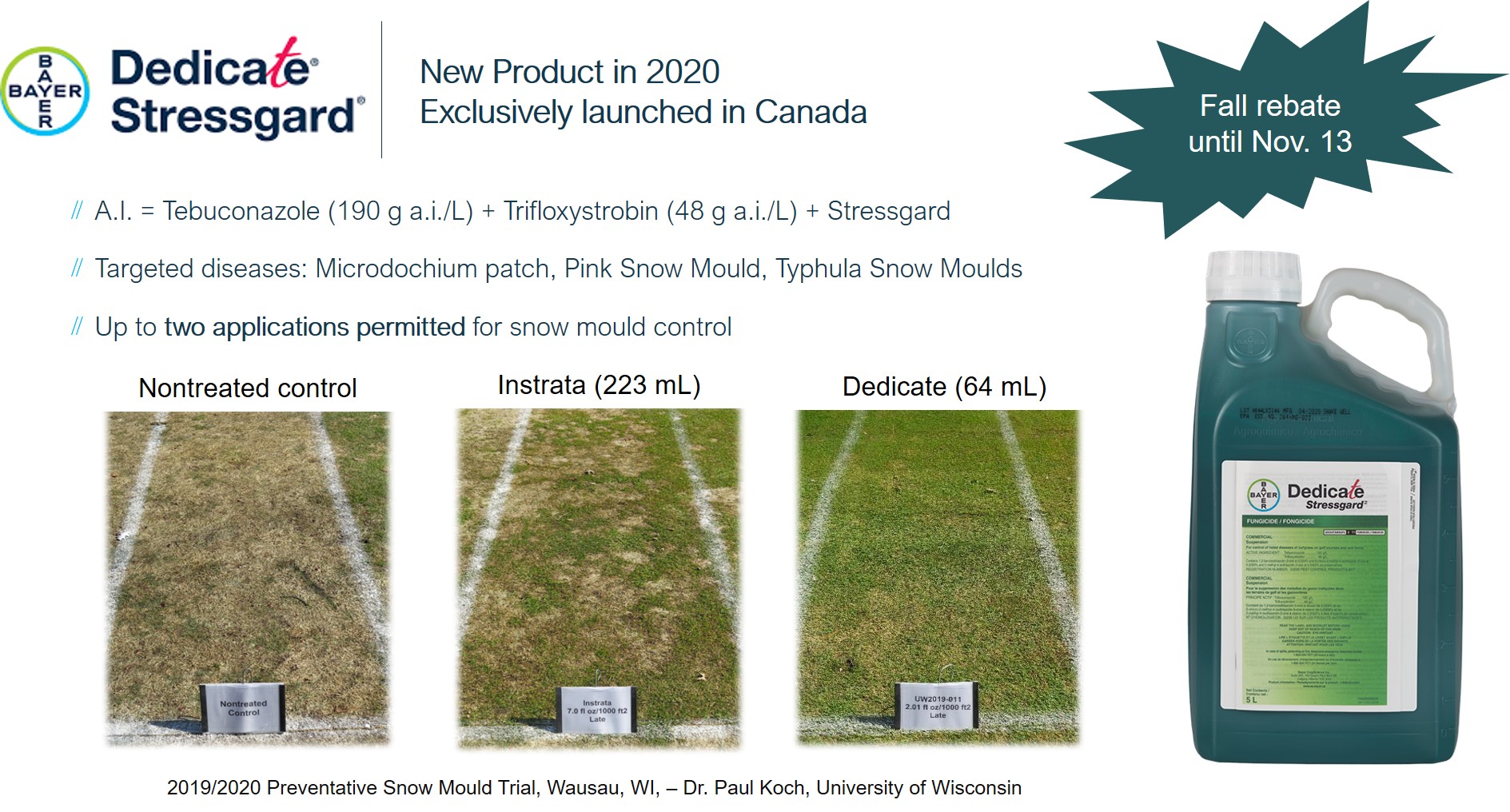 Where to buy Bayer fungicide products? Visit your local agent/distributor.